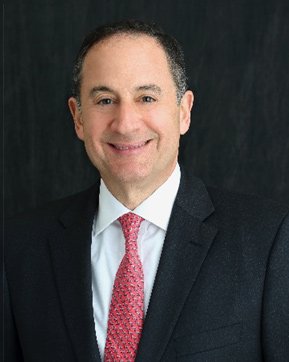 STUART M. ESSIG, Ph.D., currently serves as a Managing Member of Prettybrook Partners LLC, a family office dedicated to investing in healthcare companies. Prettybrook has approximately 20 active investments in a variety of companies, typically as a co-investor with institutional private equity.

Dr. Essig has been Integra LifeSciences Corporation’s (NASDAQ:IART) Chairman of the Board of Directors since 2012 and a Director since he joined Integra in 1997. He served as the company’s Chief Executive Officer from 1997 to 2012, building Integra into a global surgical products leader. During Stuart’s more than 20-year tenure with the company, Integra has grown revenues from approximately $15 million to over $1.5 billion and its market capitalization from approximately $100 million to an aggregate valuation of more than $6.0 billion. Share price during his tenure has increased from approximately $6 to over $120 on a split-adjusted basis.

Before joining Integra, Dr. Essig was managing director of the medical technology practice at Goldman, Sachs & Co. He had ten years of broad healthcare experience at Goldman Sachs, serving as a senior merger and acquisitions advisor to a broad range of domestic and international medical technology, pharmaceutical and biotechnology clients.

Dr. Essig has chaired audit, compensation and nominating and governance committees, served as lead director, and participated in CEO succession processes, on the boards of numerous public companies, ranging in size from several hundred million dollars to $30 billion in levered market capitalization.

He is a venture partner at Wellington Partners Advisory AG, a venture capital firm. He also serves as a senior advisor to TowerBrook Capital Partners and Water Street Healthcare Partners. He previously served as an executive-in-residence at Cardinal Partners.  Dr. Essig was also a founding investor member of Tigerlabs, a Princeton-based business accelerator.

Dr. Essig is also involved in several non-profit charitable organizations, including from time to time serving on their boards.  From 2012 to 2018, he served on the Board of Directors of Trenton-area non-profit, Isles, Inc. and since 2006 has served as a volunteer and fund raiser for the Children’s Brain Tumor Foundation. He serves on the Leadership Council of the Princeton University School of Engineering and Applied Sciences, and the NACD Compensation Committee Chair Advisory Council.